All new technologies are driven by a feedback loop between the supply side (developers/employees who are excited to work on a product) and the demand side (consumers/enterprises who want to buy the product). In today's post, I want to explore the supply side in blockchain.

Current View: Blockchain Wins on "Developer Integrity" from "Trust as a Primitive"

Developers can trust that a distributed compute protocol won’t go away, fall down, lock them in, revoke their access, or become their direct competitor. Developers cannot trust Amazon, Google or Microsoft to promise them the same.

In addition to USV, a16z seems to hold a similar mindset. In his announcement for a16z crypto, Chris Dixon makes a similar claim:

The new primitive of trust also means that 3rd-party developers, entrepreneurs, and creators can build on top of crypto-powered platforms without worrying about whether the rules of the game will change later on. In an era in which the internet is increasingly controlled by a handful of large tech incumbents, it’s more important than ever to create the right economic conditions for developers, creators, and entrepreneurs.

Both Chris and Dani are claiming that blockchain is winning over founders with "developer integrity" based on the "primitive of trust". And I agree!

However, Dani and Chris don't explicitly call out another crucial feature of blockchain—it satisfies our need for self-actualization. This is often discussed in the crypto world. e.g. "Crypto is a philosophical movement, not just technology! Crypto is the red pill to go down the rabbit hole!". However, I'd love to more explicitly highlight it. Let's break self-actualization down into two parts: curiosity and meaning.

Because blockchain modifies underlying primitives (trust, money, data, contracts) across a variety of disciplines (computer science, economics, law, ethics), it acts as an intellectual honeypot for quick learners. It's like a hydra—each solved truth spawns two undiscovered questions. In other words, the idea maze itself is antifragile.

Right now our need for curiosity isn't being met. As a financial analyst, lawyer, or developer, you operate in existing paradigms, optimizing within existing problems rather than discovering new questions. Work is moderately interesting, but is constrained one abstraction layer beneath the system level. (Boring!)

So crypto steps in and says, "Hey! Do you want to explore how the global financial system works? Or how the internet protocols were designed? Or how cryptocurrencies should be regulated as an asset class? How we can build a parallel system that outcompetes (and interoperates) with the existing ones? Do you want to learn about cryptography, distributed systems, incentive mechanisms, financial derivatives, contract law, and regulatory arbitrage? Do you want to help build a new academic field?"

And then the hyper curious folks say "omg, yes plz". The crypto world is able to satisfy their constant need for learning. (A sub-need within self-actualization.)

In addition to curiosity, blockchain satisfies our need for meaning.

Because blockchain modifies underlying primitives (trust, money, data, contracts) across a variety of disciplines (computer science, economics, law, ethics), it can provide high-leverage meaning in the face of planetary fragility and abundance. i.e. It can help us change the world (or at least tell ourselves this story).

Right now, our need for meaning isn't being met. As a financial analyst, lawyer, or developer, you can move money around on Wall St., litigate how money moves, or work on ads with Facebook/Google. (As Jeff Hammerbacher said, "The best minds of my generation are thinking about how to make people click ads.") Although these low-meaning jobs pay you lots of money, we already make enough money!

And then the do-gooders say "omg, yes plz". The crypto world is able to satisfy their constant need for meaning. (A sub-need within self-actualization.)

Given this, we could redraw Dani's visual to show self-actualization on the y-axis instead of integrity:

In words: GAFA used to be able to compete on their mission statements like Google's—"To organize the world’s information and make it universally accessible and useful." But the advertising business model is "capped" on self-actualization because it is destructive to society and doesn't change underlying primitives of trust/money. "Don't be evil" is less convincing than "can't be evil."

Finally, bringing this back to the demand-side (users!), we get a bimodal need-based distribution that looks like this:

In words: Blockchain supply comes from 100k self-actualization- and integrity-driven creators, while blockchain demand comes from the 1.5B unbanked adults (in addition to demand from things like regulatory arbitrage).

To conclude, my primary point is: In addition to developer integrity, we should add self-actualization, meaning, and curiosity to the supply-side advantages of blockchain.

Want me to write about something? Folks have been voting on my future articles here!

Update: Denis from a16z wrote about this here. 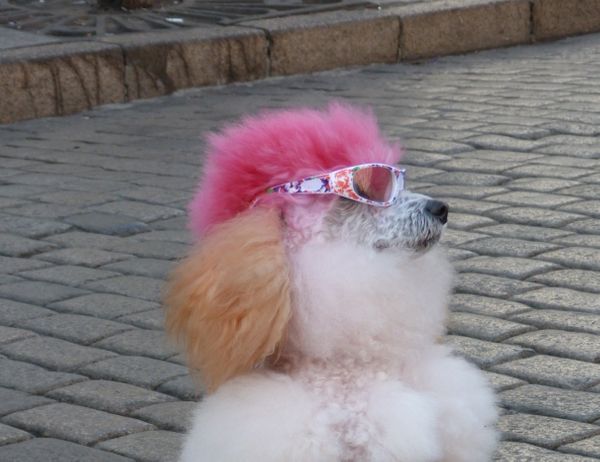 Disclaimer: I know this article touches on some possibly triggering topics (identity-based memes). I'm primarily trying to explore it from a meta/positivist POV, rather than a normative POV. I'm always open for