I love finding new music and I have a hyper intentional process to do so. Let's look at this process (and why it is starting to fail).

What Is My Goal?

Before looking at the system, let's first look at how I like to conceptualize of the "search space" (i.e. all of music), and my goal (maximization function) within it. I think of it as this 2D map of 2881 music genres (called Every Noise at Once) which is algorithmically generated by Spotify listening patterns.

Given this map, I think of my "listening goal" (or utility function) as a two-part goal:

Roughly speaking, these goals map onto "find popular music" and "find weird music". You can think of it as a 2D matrix. The 1st rule states that we should maximize the number for a given slot of that matrix. The 2nd rule states that we should make the matrix as dense as possible. Different folks weight each rule more heavily. If you're someone who jams to the same song (or sub-genre) every day, then you value the 1st rule. If you're someone who actively listens to an eclectic mix of random stuff, then you value the second rule. I'm much more aligned with the 2nd category. I'll call this "Max Diff" (for "maximizing the difference between things", rather than the similarity).

For Max Diff folks, this would be a "high scoring" map (high-ish numbers across the board):

And this would be a "low scoring" map (high numbers concentrated in a small area):

(Side note: I think the scoring function for MaxDiff is roughly analogous to Liberal Radicalism, i.e. the square of the sum of the square roots.)

What Is My Process?

Given my desire of "Max Diff", how have I tried to achieve this goal? i.e. What is my strategy / process? At a high-level, it's this:

There are a variety of inputs that change over time, e.g.

The primary output is Songs for Self, but you can also imagine outputs based on other functions, like "Funny Metal Music Names" or "Great Album Covers".

Over time, I've shifted my inputs to try to maximize my utility function. Each time I shift my inputs, I call it a "generation". Here are those generations:

Input Generation 1: Childhood (1991-2006). In this generation, I was listening to music from my family and friends.

Input Generation 2: Pandora (2007-2013). In this generation, I was listening to music through my Pandora stations:

Input Generation 3: Chinese Music (2013-2014). When I lived in China for 7 months, I only listened to Chinese music. Here is my Chinese Songs for Self.

Input Generation 4: Spotify-Based Every Noise at Once (2014-2016). I started using Spotify and explored the genre map above in a variety of ways. Although there were lots of inputs at this time (like r/listentothis!), the key playlist is The Sound of Everything, which has the "top" song from every genre on that map.

Input Generation 5: Denver-Based Music (2017). At this point, I had listened to about 17,000 songs through Spotify (as shown through the "already listened" playlists here and here). At this point, I had mostly been in MaxDiff mode, so I decided to reverse that and go "hyper local" by just listening to music (~5,000 songs) from Colorado (where I lived at the time).

Input Generation 6: MaxGood + MaxDiff (2018-present). In my most recent generation, I tried to maximize both of the rules described above (MaxGood and MaxDiff). For MaxGood, I listened to things like Guess that Tune, a playlist with 2000 immediately recognizable songs. I also searched for all the "world music" I could, with input playlists like the one below:

Input Generation 7: ??? Unfortunately, I'm now at the end of this generation and not sure what I should listen to next (or, more importantly, my long-term sustainable process for doing so). I've already pushed hard for MaxDiff with playlists like The Sound of Everything and all the world music. What's next? What would an optimal Discover Weekly look like for me? We'll look at that in the 2nd blog post on this topic. (Not written yet.) Until then! 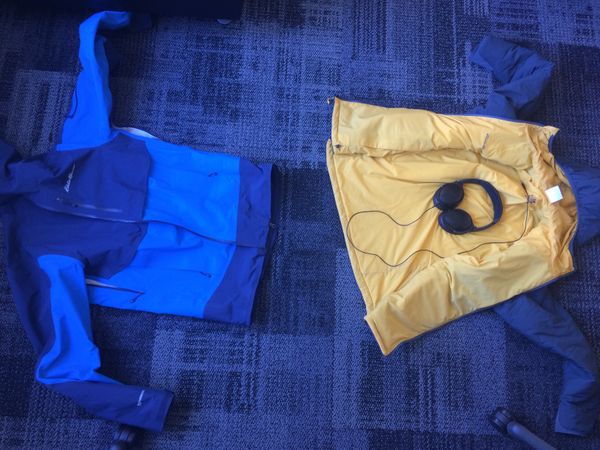 I write a good amount [https://www.rhyslindmark.com/test-we-should-tithe-more-and-where-im-personally-giving-20-of-my-income/] about the paradigm shift towards the abundance of capital. This is an abstract concept that is sometimes difficult to conceptualize, so I'm always

Lots of folks have been moving off of Medium recently because they're annoyed with things like Medium's paywall. I've been thinking about doing this as well. For me, it's mostly about the ability

Rhys Lindmark
—
My Process for Finding Weird Music
Share this